With support from InterOffice, Bismarck Public Schools is ensuring that all students, no matter what school they attend, have access to an exceptional 21st-century education.

As Bismarck’s population continues to grow, schools are rapidly exceeding their capacity. This growth has required the district to build new campuses, such as Legacy High School, which was completed in 2015.

“Everything at Legacy High School is geared toward flexible, collaborative spaces,” said Facilities Administrative Assistant Shelley McEvers. “21st-century learning is about working together on projects, which is what you need for 21st-century jobs.”

And BPS doesn’t just want to build new schools to accommodate for growth; according to McEvers, the district wants to continuously upgrade schools across the district, ensuring an exceptional learning experience for all students. 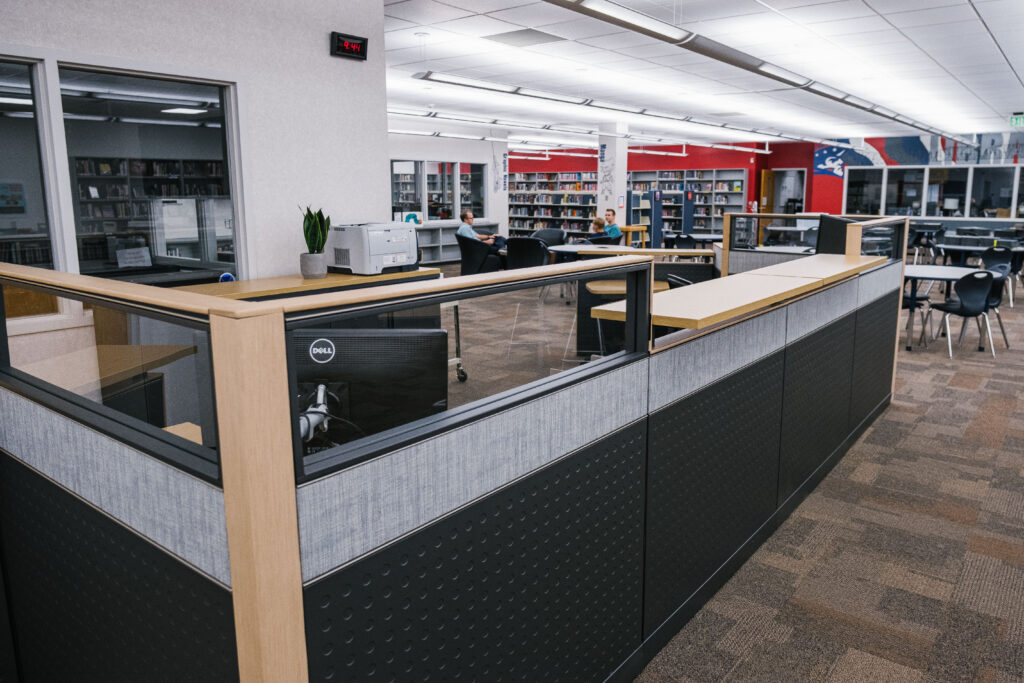 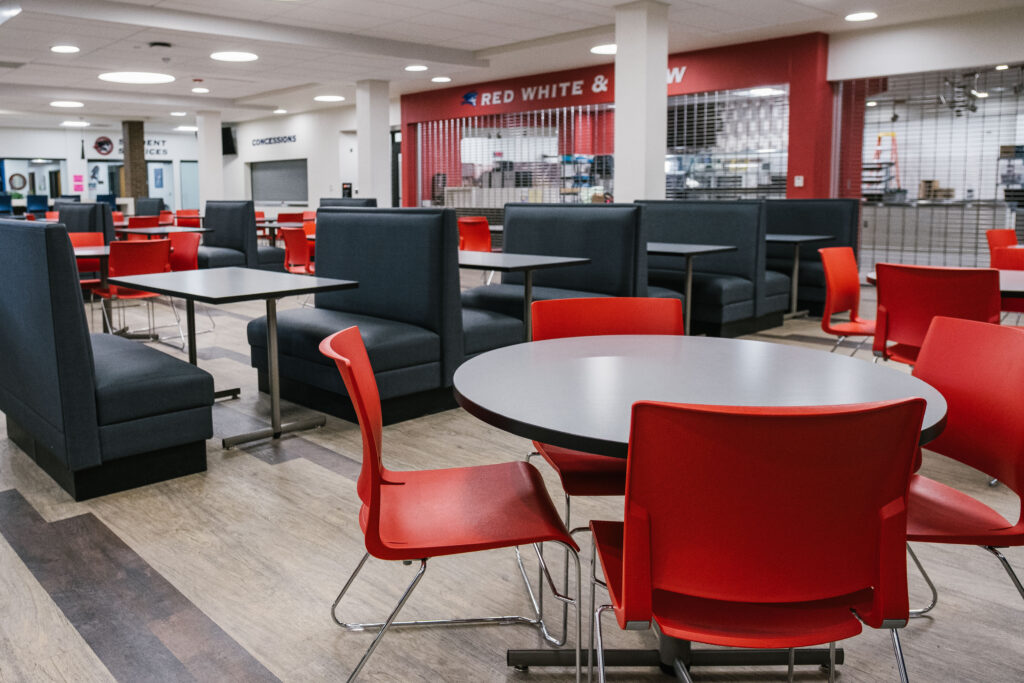 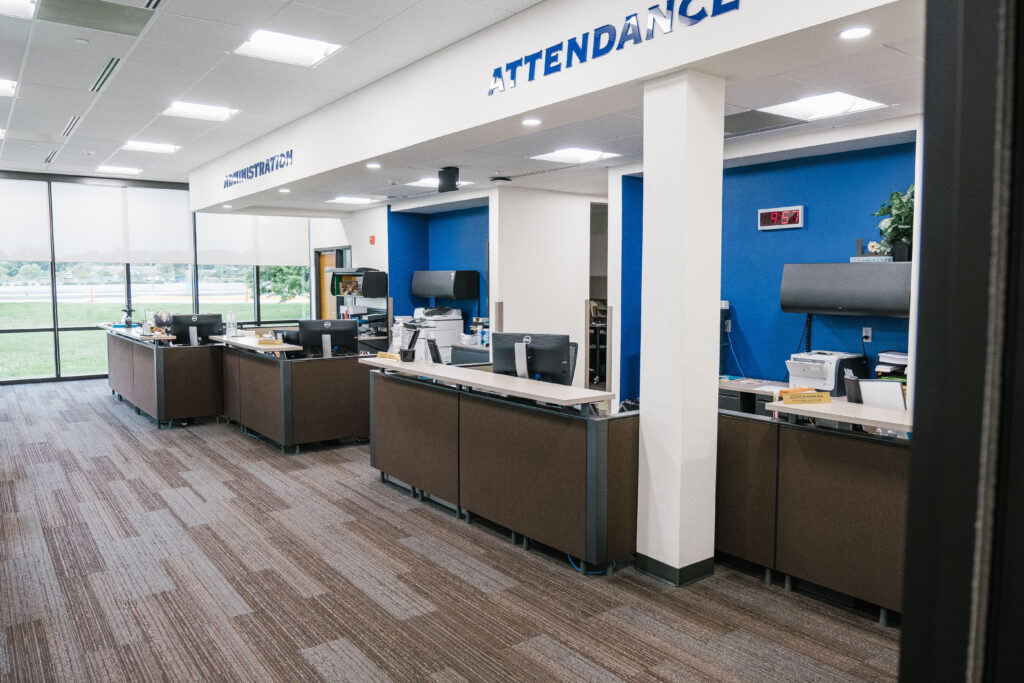 “It’s about equity. Modernizing a building plays a strong role in shaping a school’s social climate,” McEvers said. “Anytime you modernize a building, kids feel more valued and so do teachers. It makes them want to teach in that space and learn in that space.”

Over the past five years, BPS has enlisted Kyle Hellman, an InterOffice Workspace Expert based in Bismarck, to support with several of these modernization projects.

“With all of the new schools being built throughout the city, Bismarck Public Schools wants to make sure that students have equality in both education and facilities, no matter which school they attend,” Hellman said. “This carries over to the outstanding instructors and upgrades to the facilities on an ongoing basis. No student’s experience is left behind.”

”Modernizing a building plays a strong role in shaping a school’s social climate. 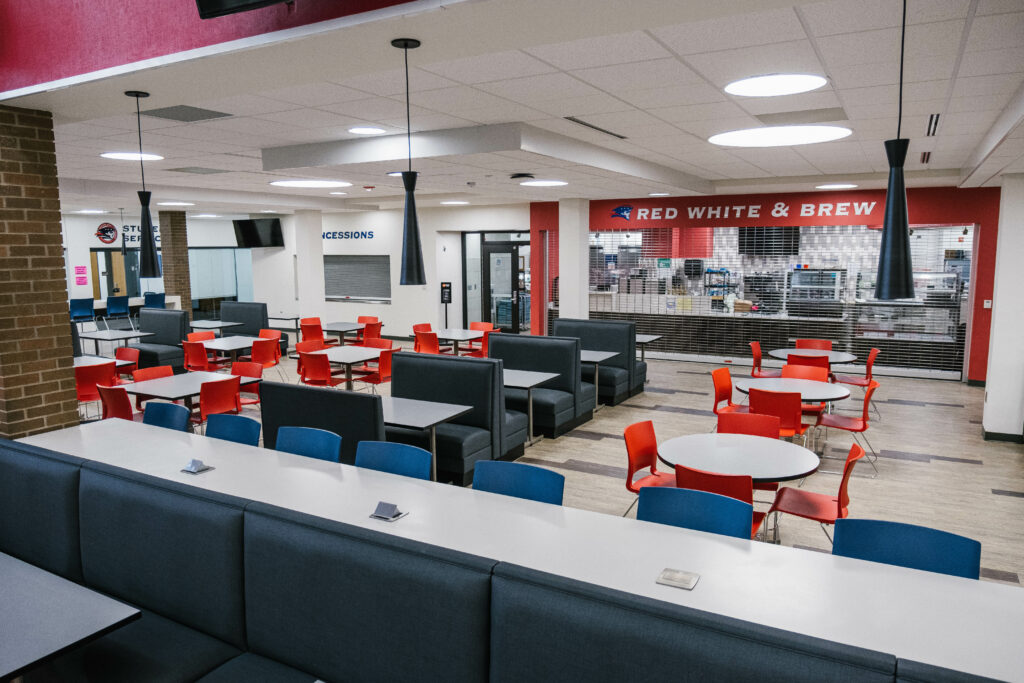 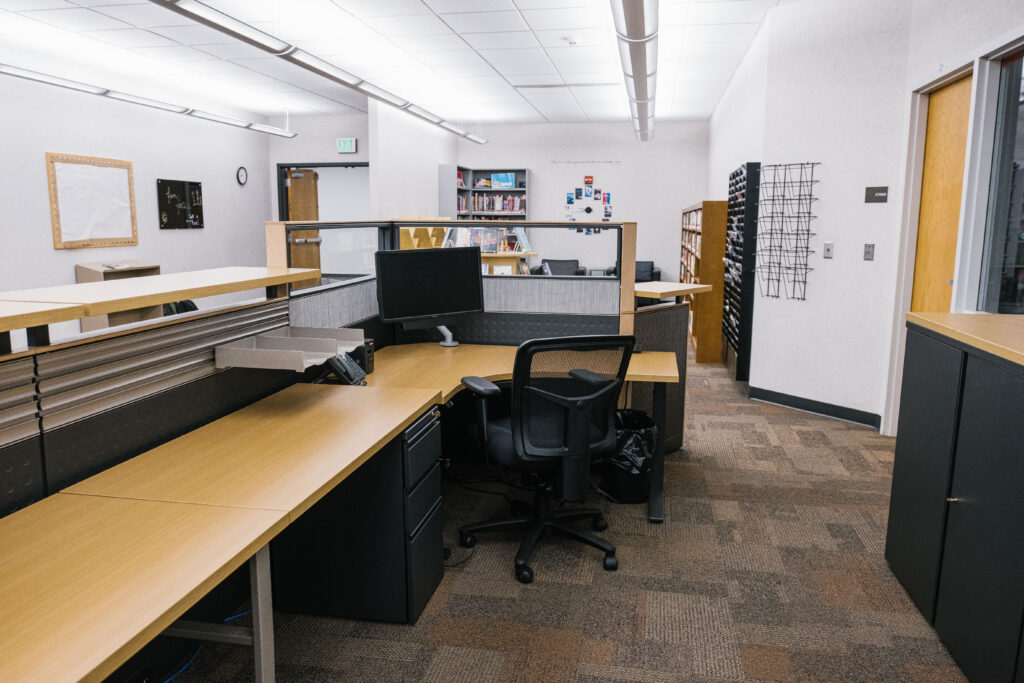 One of the district’s largest modernization projects to date was a two-phase renovation and expansion of Century High School. Built in 1976, Century High School lacked the space, amenities, and modern design necessary to provide today’s students with what McEvers calls a “21st-century education”. InterOffice supported BPS with the first phase of the remodel, which began in 2017 and consisted of the front entrance, administrative offices and commons area.

For Century High School, this modernization project was more than just an aesthetic one. A reality for all 21st-century schools is a need for increased safety measures. All administrative offices have been consolidated into one centralized area at the front of the building, allowing for easier communication between administrators and students while also guaranteeing a more secure entrance. Now, all guests to the building must enter through the main office.

While redesigning this centralized administrative space, Hellman worked with BPS to repurpose some of the district’s existing furniture. These pieces were then paired with Herman Miller Canvas workstations, the brand’s largest, most flexible, and most adaptable office workstation platform.

Canvas workstations were also utilized in the school’s library and media center to create a more flexible learning environment, including a mobile printing station.

“Libraries are not used in the same way anymore,” McEvers said. “The modern library encourages interaction and builds an environment where working together is vital.”

For CHS students, the biggest change has been the commons area. The goal was to create a space where students would want to spend time during the entire school day, not just at lunch. To achieve this, Hellman replaced the traditional cafeteria tables with a variety of seating options, including built-in high-top bistro tables, booths from Falcon Products, Exemplis Rio Chairs, and Herman Miller Everywhere Tables with built-in power sources.

Students can now grab a coffee at Red, White, & Brew, the new campus cafe, and sit in the comfortable booths to study or socialize with their friends.

“The common space is being used way more now that they have flexible seating. Whenever you walk through that area, there are students sitting together,” McEvers said. “The way Kyle laid out that space, it looks like it was meant to be that way.”

Phase one of the Century High School remodel may be complete, but it won’t be the last modernization project for Bismarck Public Schools. As the district continues to grow and students’ needs continue to evolve, McEvers knows exactly who she can call for support.

“We’ve done multiple projects with InterOffice. Kyle does such a great job of envisioning a space. He’s very knowledgeable, very timely, and a great communicator,” McEvers said. “We can’t say enough about the work InterOffice has done for us.”